I wrote this blog post months ago. I never edited or read over it after typing it out, didn’t really know if Dropping Anchors was the place for it even, so it sat unpublished for about six months. I pulled it open today and felt like I had just written it, mimicking exactly what I’ve been feeling in the past few weeks again. Isn’t it just like the Lord to bring us back, to show us to our own words as a reminder of his steadfast faithfulness? So because it’s still on my heart, and very much still true, I’m posting now. If you’re in a place that feels repetitive, like things aren’t moving, I hope this encourages your heart like it did mine today.

After a whirlwind season of 6 placements over the span of 6 months, during an especially hard evening of wrestling with myself through stress and seeking the Lord through prayer, I felt Him say, “it’s okay to rest.” I immediately felt the stress leave my shoulders and soft, releasing tears came quickly down my cheeks. Rest was so needed for all of us, so needed for me. The permission I felt in that moment to put our home on hold and hunker down as a family was a surrender of a heavier load than I had realized I was carrying.

We told our caseworker we’d be closed for a while, that we’d need to have our current placement moved, and shortly after, we were back to a family of 4. I was confident that a season of rest would be easy for me. I am not a doer by nature, but a ponderer. Rest. Yes. I can do that. But as my days ticked by in our new normal, I found myself filling up my “rest season” with more and more. Artwork, new clients, projects around the house, new ideas and plans. Running errands I didn’t need to run. My time of reflection and quiet suddenly felt very distracting and loud. I had pushed away the thing I was so excited to welcome in. 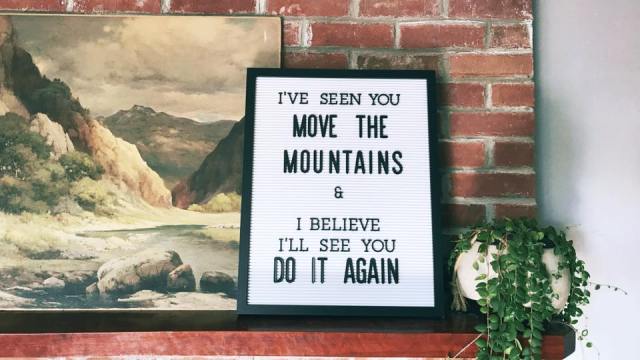 Like I should have expected He would, the Lord met me there in my clear choice to NOT rest, showed me grace, and gave me peace again. But this new peace was different. It was rest, yes, but also felt like revival. Like a new thing was stirring up. Rest and revival seem like opposites to me. If rest is making room, finding quiet space, allowance… revival feels more like filling up, an uproar and upheaval of the way things have been. But that’s where I was. There in my in-between of “foster mom” and “just a mom,” between the pull of rest and revival, I found peace. Both extremes in my heart simultaneously, both from the Lord.

So for now, I rest and while I rest, I prepare my heart for revival.

Nashville foster/adoptive mama, artist, believer
View all posts by steph hagen →
This entry was posted in Uncategorized. Bookmark the permalink.